October 16, 2013 Comments Off on The Awesome Oktoberfest

Oktoberfest is a celebration, festivity where the all are invited to share and experience the joys in life. Originated in 1810, Oktoberfest was originally a party for the royal wedding in Munich. But the celebration took to the streets and became a yearly ritual. The first Oktoberfest in USA was held on October 13, 14 and 15; 1961. 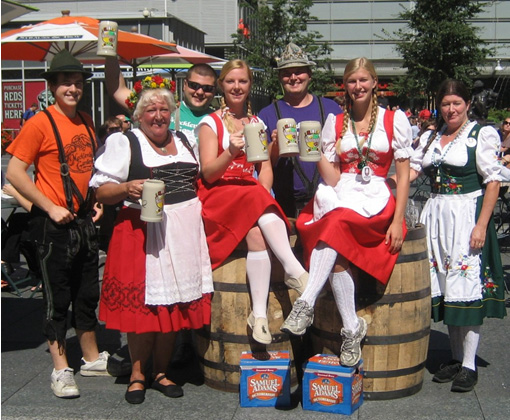 Celebrated even today with even more pomp and fervor, people look forward to the fall season just for the Oktoberfest.When the fall leaves light the forests ablaze and the air is rich as amber ale, it’s time for Oktoberfest in the USA. Celebrated in cities and towns across the country, Oktoberfest brings together people from all over the country to enjoy beer, dance and many other festive activities.

This fest is the time to enjoy German food and beer, some even mark it as the arrival of the “eating season” which also includes Thanksgiving, Christmas and New Year celebrations. No Oktoberfest is complete without kielbasa and sauerkraut, potato salad, cabbage, soft pretzels and German chocolate cake. Traditionally, Oktoberfest is kicked off with a “Tapping of the Beer Keg” ceremony held at noon on the first day.  Two popular Oktoberfest games are the beer stein race and the beer barrel race. Women compete in the beer stein race, which is a relay requiring participants to carry beer steins that have been filled to the rim. 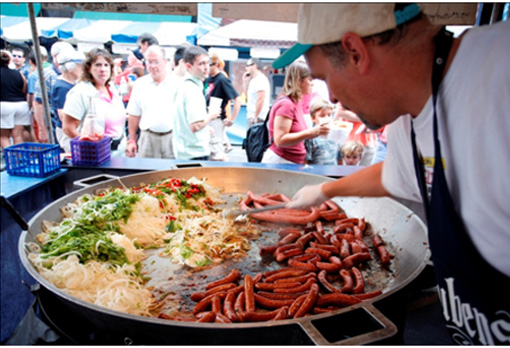 The Chicken Dance has become such an integral part of the American culture that most of us don’t realize that it is originally a part of the German tradition. This whimsical tune was originally called The Duck Dance. It quickly became a favorite of Oktoberfest and other parties worldwide.  Most Oktoberfest itineraries include at least one alpenhorn performance. Oktoberfest is a great time to enjoy the autumn weather with friends and family. Oktoberfest activities can be found in just about every city in the United States. Packed with German food, beer, games and festive music, there is sure to be something for everyone.