Wikipedia describes a mascot as any person, animal, or object thought to bring luck. But mascots are much more than that.  They have the ability to unite an entire University (or group), and instill a sense of pride and belongingness among them. Mascots have become a pivotal part of American sports.  A mascot creates awareness and recognition; it generates excitement and energizes the school spirit.The are many bulldogs, chiefs, Indians, but a banana slug?   Let’s take a look at some of the most bizarre, unusual, and amazing that made their way into people’s heart.

This bright yellow smiling slug has been the mascot for UCSC ever since its early years. The students’ embrace of such a lowly creature was their response to the fierce athletic competition fostered at most American universities. In 2008, ESPN named it as one of the 10 best college basket ball mascots. 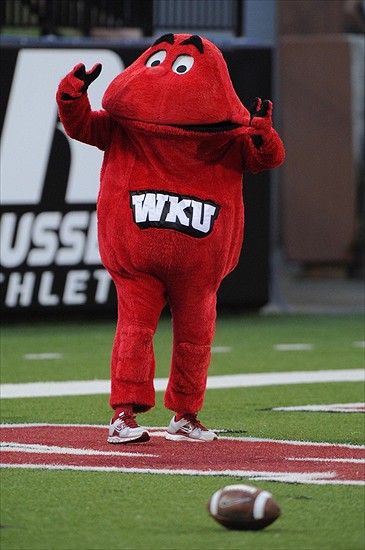 The name given to the mascot of Western Kentucky Hilltoppers is ‘Big Red’. It is a big furry red blob which was created by one of the students of the university in 1979. Big Red is a hit. The secret to his success might be in his ability to smile or frown, to laugh, and to express emotions according to the situation. 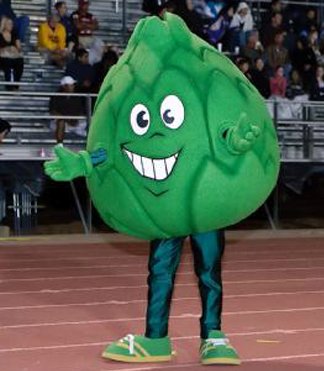 The Scottsdale Community College is popular for its sports team and mascot. Its mascot The Fighting Artichoke was chosen by the students as a protest to the school’s perceived favoritism to the football team.

4)University of North Carolina, School of the Arts: 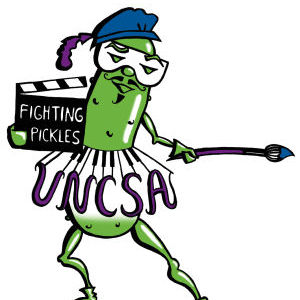 Though this university does not have an actual athletics program, it has a mascot. Highlighting the fact that mascots are not necessarily restricted to sports, and the mascot magic can happen anywhere. UNCSA’s mascot is the Fighting Pickle which was a result of a campus- wide contest.

At the beginning of the 20th century there was a popular campus humor magazine called ‘The Purple Cow.’ In 1907 by a vote of the student body, the Williams College mascot was proclaimed to be a purple cow. The purple cow achieved even more national prominence in May of 2011 when Reader’s Digest announced that it had been voted “The Most Lovable College Mascot.” 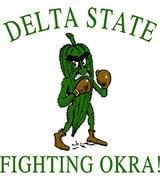 The Okra is the unofficial mascot of the Delta State. It is said that it appears on campus at random times usually just to torment students and athletes. But it is a motivational figure, cheering on the teams and keeping up their spirit. 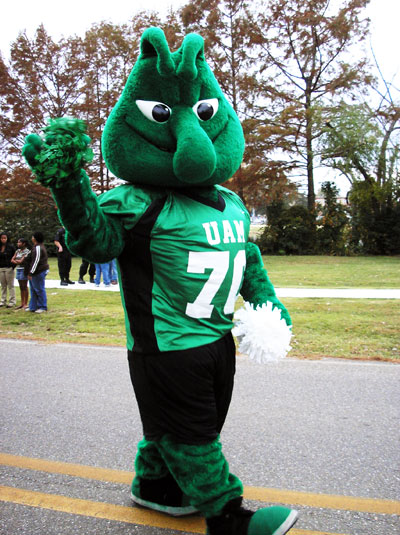 The University of Arkansas has chosen a Boll Weevil, a pesky little insect known for damaging crops as its mascot. The mascot is quite unusual regardless of which it has gained popularity among its students. 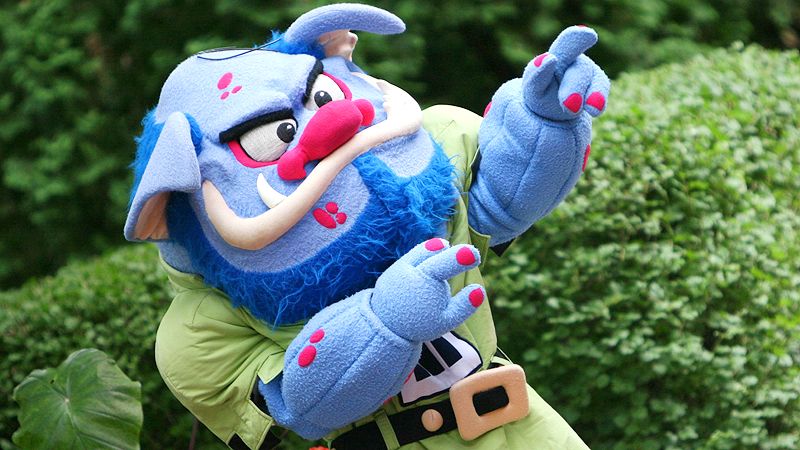 Before Trinity Christian College’s debut basketball game in 1966, a professor was looking for a mascot name that would sound good with Trinity. While scanning the dictionary, he came upon the word troll, (a race of supernatural beings, sometimes conceived as giants and sometimes as dwarfs, inhabiting caves or subterranean dwellings) and the troll has been TCC’s mascot ever since.