How did a leprechaun come to represent St. Patrick’s Day?

February 8, 2014 Comments Off on How did a leprechaun come to represent St. Patrick’s Day?

A cultural and religious holiday, 17th March is celebrated as St. Patrick’s Day. We celebrate this by doing everything Irish! From Irish meal, to dressing up in green, Patrick’s Day is celebrated in Ireland, Britain, Canada, the United States, Argentina, Australia and New Zealand. This holiday has been observed for over 1,000 years in the memory of Saint Patrick.

Saint Patrick, who lived during the fifth century, is the patron saint and national apostle of Ireland. He was born in Roman Britain, and was later kidnapped and brought to Ireland as a slave at just the age of 16! However Saint Patrick escaped, and has been attributed in bringing Christianity to Ireland.  Interestingly, the first parade held to honor St. Patrick’s Day took place not in Ireland but in the United States. 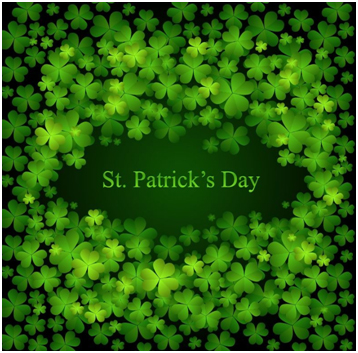 On this day, we may observe kids, dressed up in a Leprechaun outfit. Leprechaun is a mythical miniature man, one of the well-recognized symbols of Ireland. He actually has quite an interesting history. The original Irish name for these figures of folklore is lobaircin, meaning small-bodied fellow.  This mythical creature originated in Ireland but had nothing to do with St. Patrick’s Day. It was Walt Disney who started the trend of Leprechaun’s on St. Patrick’s Day through their movie, Darby O’Gill & the Little People. This cheerful, friendly leprechaun is a purely American invention, but has quickly evolved into an easily recognizable symbol of both St. Patrick’s Day and Ireland in general. 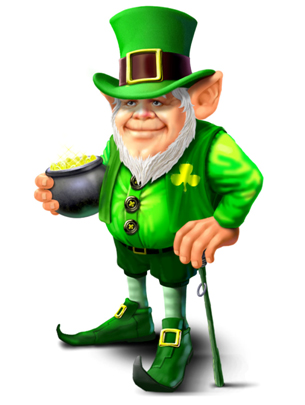 But how did these famed green creatures come into existence?

The original leprechaun was not the top-hat wearing, pipe-smoking, green clad sprite of modern day. The folktales states that leprechauns were cranky souls, responsible for mending the shoes of the other fairies. Leprechauns were known for their trickery, which they often used to protect their much-fabled treasure.

The leprechaun plays several roles in Irish folklore; he is principally a roguish trickster figure who cannot be trusted and will deceive whenever possible. As with many old legends and traditions, the image and nature of the leprechaun has changed over time. Leprechauns were originally depicted wearing red, not green. The idea of wearing green was a 20th century invention, when green became a symbol for everything Irish. Catching a Leprechaun is believed to bring good luck. It’s no easy task to catch a leprechaun as they remain very well hidden from us humans. But when you do, in exchange for freedom, the fairy-folk will grant three wishes. See if you can catch one this St. Patrick’s Day and tell us in the comment box below!