The World of Clowns 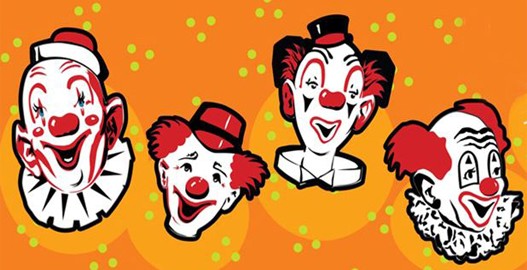 Why so serious? Life is supposed to be lived with happiness, joy and laughter! Clowns help us open up doors to the humorous side of life. Today, there are various sources of laughter like comedy literature, cinema, humor magazines and memes. However, there was a time when laughter was synonymous with clown. Clowns spread laughter in this world the way sun spreads light.

How did the concept of clowns originate to spread laughter? Let us find out. 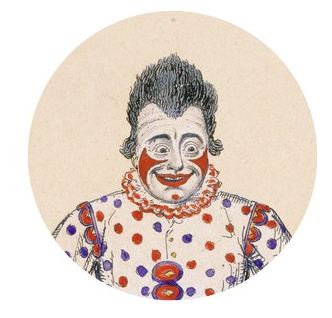 Clowns bring joyful childhood memories to our mind, and we attach images of an outlandish person wearing colorful clothes to a clown.

Clowns are often associated with circuses or royal courts where they are known as Jesters. Some clowns are famous and are identified with their trademark acts. The first mainstream clown role was portrayed by Joseph Grimaldi.  Grimaldi also created the traditional whiteface make-up design.  In the early 1800s, he expanded the role of Clown in the harlequinade that formed part of British pantomimes, notably at the Theatre Royal, Drury Lane and the Sadler‘s Wells and Covent Garden theatres.

The origin of the word “clown” is debatable. It is believed to have first appeared around the 1560s and possibly came from a Scandinavian linguistic root meaning “clumsy, boorish fellow.”

History of Clowns Around The World:

The concept of clowns is very old and its history is so vast that many books have been written about the history, performances and lives of clowns. Some of them include “Clowns” by Douglas Newton; “Bring on the Clowns” by Beryl Hugill; “Clowning Through” by Frank Foster and “Clowns & Pantomimes” by M. Willson Disher.

Ancient Egypt, about 5000 years ago used to keep African Pygmies known as Dangas in the Royal Courts to amuse the Pharaohs and Royal Families. Dangas were indeed the royal jesters (and therefore clowns) for the royal families of Egypts. Dangas were dressed in leopard skins and strange masks and danced and imitated the Egyptian Gods, such as Bes – the God of Dance and Battle.

The Chinese, too, had clowns attached to the Imperial Court as long ago as the Zhou Dynasty (1046-256 B.C.). One is named as Yu Sze, who was a clown serving in the royal court of Emperor Ch’in Shih Huang-ti (who built the Great Wall of China).

Ancient Greece had clowns who wore short tunics (“chiton”) which were grotesquely padded at the front and rear and knitted socks like tights. In Malaya, clowns existing today are similar to ones who performed thousands of years ago. They are called P’rang and wear huge masks and turbans as big again as themselves.

A well known clown called Nasr el-Din existed in Turkey in about 1440. He was court jester to Tamburlaine (or Timur) the Mongol Conqueror. Through the ages, he has become a cult and folk hero, with many coarse and “tall” stories about him.

There are various types of clowns. Their makeup and methods may differ but their objective was to create humor. Following are the important types of clowns:

Straight Whiteface is an elegant clown, artistic, colorful, bright and cheery. In a setting with other clowns, the straight Whiteface would be in charge. It is the most “traditional” clown.

European Whiteface is like Straight Whiteface. However, its performance is highly artistic and skillful, but done with a comedic or dramatic flair.

Grotesque Whiteface is the most common Whiteface clown today. This clown mostly performs with the Auguste clown.

The vagabond, elegant or happy Tramp is the businessman, scholar or playboy who, being fed up with his life, walked out of society for the wanderlust of travel. He is king of the road, happy with what he has and expecting of little.

Comedian, Jester, Joker are all the names for clowns, you can call them whatever you want, but they will not fail to bring a smile to your face. Their job is pretty serious as it requires understanding the audience and performing up to high standards every time. Audiences may laugh at the acts of a clown but their laughter spells victory for the clown whose purpose is to make the audience laugh.

Which type of clown is your favorite? Share your memories of a clown with us.