June 3, 2014 Comments Off on History of Bubble Gum

Since the early twentieth century, blowing bubbles with bubble gum has been an integral part of our childhood and a favorite pastime of many adults as well.  The sweet taste of bubble gum makes people recall happy moments, memories and sometimes pleasant incidents.  The loud snap of a bubble bursting is a characteristic sound of the bubblegum chewing process.

The very first bubble gum was invented in 1906 by Frank Henry Fleer. However, this bubble gum did not sell very well and it was quite similar to chewing gum.  Regular chewing gum has been around since the Ancient Greeks and doesn’t produce large bubbles like bubble gum. 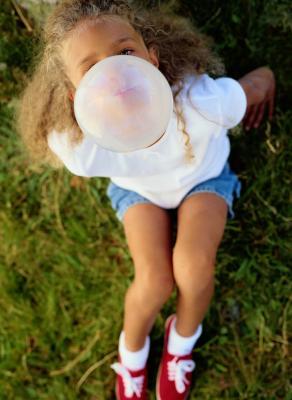 In 1928, bubble gum was reinvented by Walter Diemer.  Diemer was working as an accountant for the Fleer Chewing Gum Company in Philadelphia. During his spare time, he enjoyed playing around with new gum recipes. A batch of his turned out to be less sticky than regular chewing gum and it stretched more easily.

This is how “bubble gum” was born. Diemer‘s bubblegum was so successful that it sold over a million and a half dollars worth of gum in the first year.

Diemer, one year before his death described the origin of bubble gum in following words:

“It was an accident. I was doing something else and ended up with something with bubbles.”

Fleer chewing gum marketed Diemer‘s creation. Diemer himself taught cheeky salesmen to blow bubbles, to demonstrate exactly what made this gum different from all other gums. The only food coloring in the factory was pink and hence, was used. That is why most bubblegum today is pink.

Gilbert Mustin, President of Fleer named the gum Blibber-Blubber. Later, Diemer perfected the recipe and named it as Dubble Bubble. Dubble Bubble controlled the bubblegum market unchallenged for years, at least until Bazooka came along to share the wealth. Diemer stayed with Fleer for decades, eventually becoming a Senior Vice President.

According to his wife, Diemer never received royalties for his invention but he did not seem to mind; knowing what he had created was reward enough. Sometimes he would invite a bunch of kids to the house and tell them the story of his wonderful, accidental invention. Then he would hold bubble-blowing contests for them.