Toys today from the ancient Greeks.

August 21, 2014 Comments Off on Toys today from the ancient Greeks.

Everything has a history, our toys, games & sports too. Games & sports activities from ancient Greek are remarkably similar to ours. Greek kids played with hoops & rattles. They also played games like modern basketball and hockey. We know about some Greek toys from pictures on pottery vases and from-artifacts found by archaeologists. Children played with small pottery figures, and dolls made of rags, wood, wax or clay – some dolls had movable arms and legs. Other toys were rattles, hoops, yo-yos, and hobby horses (a “pretend horse” made from a stick).

The anklebones of sheep or goats made ‘Knuckle-bones’ or five-stones. There are pictures of children with pets, such as dogs, geese and chickens. Ancient Greek children played numerous types of ball games. The ancient Greek writings described how children blew up pigs’ bladders and shaped them by holding them over fires and rubbing them, thus producing objects resembling contemporary footballs. Plato notes that children sometimes painted these balls different colors to make them more attractive. The ancient writings of Horace talks about children riding hobbyhorses, building play houses and even making little carts and hitching mice up to them to pull them around.

The Greeks gave importance to practical toys and games which would prove helpful to their children when they grow up. Plato said: “He who is good at anything as a man must practice that thing from early childhood … Thus, if a boy is to be a good farmer, or again, a good builder, he should play, in the one case at building toy houses, with the other at farming, and both should be provided by their tutors with miniature tools on the pattern of real ones.” 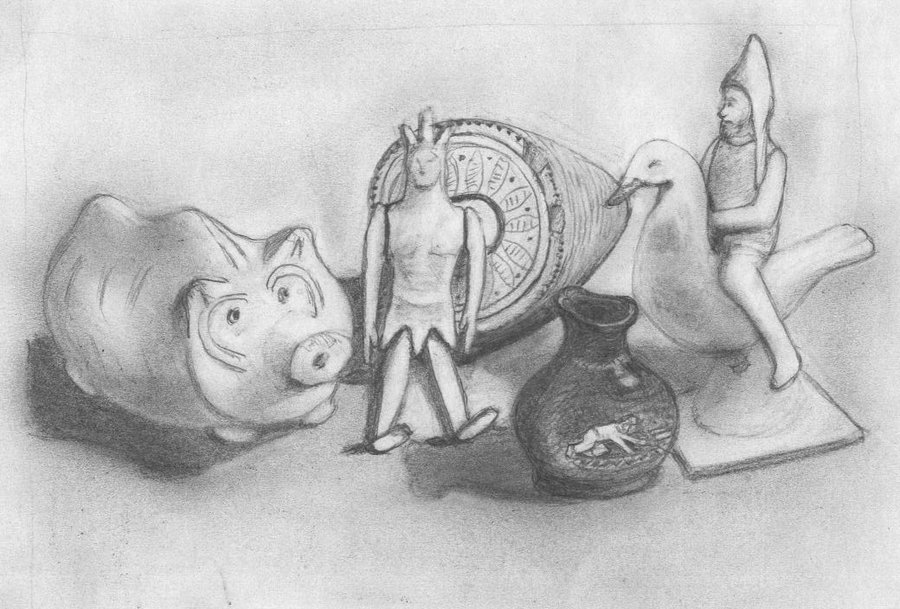